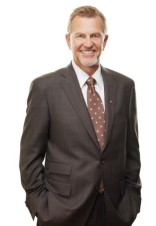 We strongly believe that compliance is a profession and we recognize the importance of hands-on compliance experience.  However, times have changed, and the compliance challenges faced by institutions are new and unique.  Therefore, we also believe that a variety of skills are needed to address our new environment.

In launching Canadian Compliance Group, we ensured that we have a strong pool of talent available to assist with your compliance projects.  So, whether you only require the guidance and assistance of our team or whether your project requires additional resources, we are ready to help.

As we grow, we will update our website to introduce you to some of the individuals who have joined our team.

Before passing away in 2019, John’s entire career was devoted to the regulation of financial institutions, most recently with an emphasis on compliance practices and processes.  A lawyer by training, early in his career, John worked at the Canadian Department of Finance where he served as chief of a special task force that was established to conduct the first major review of Canada’s financial services legislation in 60 years.  In 1992, he returned to private practice in Toronto and was a partner in two leading law firms where his practice focused on regulatory matters.  He continued to provide advice to the Department and was heavily involved in the 2001 update to the federal legislation.  In 2009, John was appointed Senior Vice President and Chief Compliance Officer for BMO Financial group with global accountability for the compliance function.  John’s primary responsibility was to develop a road map for meeting the heightened expectations for compliance following the financial crisis of 2008.  He developed a plan that was approved by the Board of Directors in 2011.

In 2011, John founded Canadian Compliance Group to assist other institutions to meet the same challenges that BMO had been facing.  He was particularly interested in the potential for technology to reduce the burden of the new normal.  In 2012, a partnership was formed with Resolver Inc. to adapt their market leading ERC technology specifically to support regulatory compliance in the financial services industry.  Over two dozen institutions now use the Resolver RCM solution to support their programs, including some of the largest institutions in the world.

John Jason wrote and designed the structure for all the frameworks currently offered by Canadian Compliance Group Inc. He had an extensive knowledge of the regulatory world, as well as, a deep understanding of the OSFI regulations.

Amanda has been with Canadian Compliance Group since 2015. She is the Director of GRC Products, managing the foundational applications within the compliance product division. Amanda has a Master’s degree in International Political Economy from McMaster University and an Honours degree in Political Studies and History from Queen’s University.

Gabriela has been with the Canadian Compliance Group since 2018. She is the Regulatory Compliance Specialist/Legal Ops Coordinator, working with customers to ensure their ongoing success and adoption of best practices in the compliance space. Gabriela has BA degree in Political Science and a Minor in Law and Society from Concordia University.

Cassels Brock & Blackwell LLP is a Canadian law firm focused on serving the transaction, advocacy, and advisory needs of the country’s most dynamic business sectors. Cassels has experience at business law practice for multi-national organizations – across the street and around the world –, and are consistently cited as market leaders by such authorities as Chambers, Lexpert, and Best Lawyers.

WHAT OTHER PEOPLE ARE SAYING